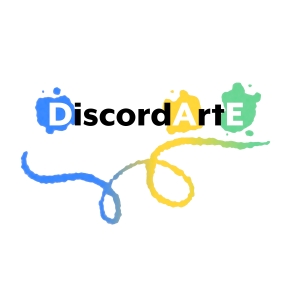 The exhibit, curated by ProLoco Civica Mestre, started on September 25th, carried on till October 31, has had an official “Reggimento Veneto Real” parade even though Venice municipality has banned the raising-flag ceremony typically done on army related official parades.

The display is located inside the Torre Civica of Mestre. This is the last remaining of 11 fortifications that have protected Mestre since the XII century. At the end of the V century, a clock was added to the tower. Later, the tower had another hard restoration work that, unfortunately, eliminated parts of the frescoed plasters exposing the buildings’ bricks. Successively the tower’s rooms were rented as residences and shops. After a new restoration, the tower was first inaugurated on September 28th, 2003, even though the official opening was on June 30th, 2007. Hence, it became the gathering place it is now known as. Not to mention that it hosts many artistic events.

The exhibit The triumphant Veneto’s armies has free entrance and is located in both the tower’s levels. A stairway built outside the building guarantees access to the display and gives you a unique view of Piazza Erminio Ferretto and Street Palazzo. Inside the first exhibition room there are some display cases containing objects belonging to Veneto’s, Venice’s, and Turkey’s army. The quality and state of the exhibits are astonishing not only for the perfect state of preservation in which they are but also because the care that has been put in the exposure of such ancient pieces deserves regard. It is important to mention that some of the exhibits were lent to the display by some private collectors, regarding is Danilo Morello’s contribution.

To mark these cases’ arrangement were mannequins wearing uniforms of various Venetian army bodies that referred to different historical periods. The dummies’ garments were faithfully reconstructed through research from written documents, explicitly mentioned in the reference captions. Interesting is the reconstruction of the uniform of the “Tamburino” placed alongside an original drum of the period, which that kind of selected soldier used to drum. The frontispieces of the prescriptions for the army bodies and the “Tamburnini” are fascinating to admire.

The exhibition continues on the upper floor with a collection of painted ship battle shields, pieces of armor, and original cannonballs of the period.
Along the exhibit path, it is also possible to inquire about purchasing the publications LEPANTO – LA GRAN BATAJA by M. Nardo, L. Fogliata and La Fortezza, Signa 1715 by D. M. Danilovich, which are available to the purchase bot online and on-site. The only problem with the on-site purchase is that you have to stop the person in charge.

The cross-section that emerges from this exhibition is that of a Venetian Republic active in maintaining its dominance over trade routes to ensure its survival and its marked tendency to secure proper management over its armed forces and conscripts.
This exhibit refers to a time span between the early eighteenth century and the nineteenth, clarifying a vision of a Venetian Republic now decadent, anonymous, and making you rediscover the weight of all Veneto’s army bodies.

NEWS. THE SPIDERS AND THE BEES

NEWS. Dai Romantici a Segantini | From Romantics To Segantini